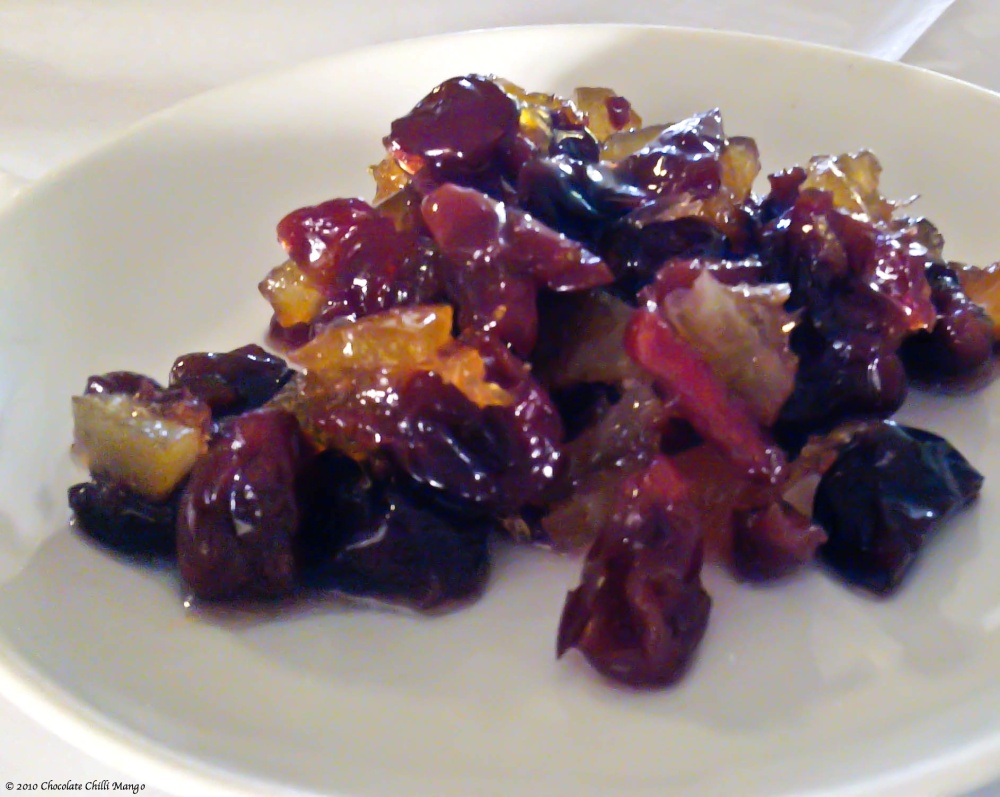 If I’m being honest, I have to admit that my heart belongs to pandoro not panettone.   Maybe it’s my Veneto roots (pandoro hails from Verona).  Or because I think it’s streets ahead of panettone in texture and flavour.  For as long as I can remember it’s been my traditional birthday cake.  A few years ago I found a beautiful pandoro made by an artisan bakery near Verona called Perbellini so now I snap one up before Christmas and keep it tucked away somewhere safe until my birthday rolls around in January.  I draw the line at making my birthday cake 😉

But for Christmas day we usually have panettone … everyone  in my family loves panettone.   It’s nice to make it a bit special for Christmas, but I steer clear of fancy cream fillings.  Just doesn’t seem right.  So …

OUT with the boring sultanas and candied fruit peel.

IN with the dried sour cherries (amarene) and whole candied orange with Kirsch and Grand Marnier.

The candied orange bears no relation to that hard rubbery peel you tend to find in packets at the supermarket.  It’s citrusy and syrupy and is basically a whole orange candied so the juice inside forms a lovely syrup-like interior. 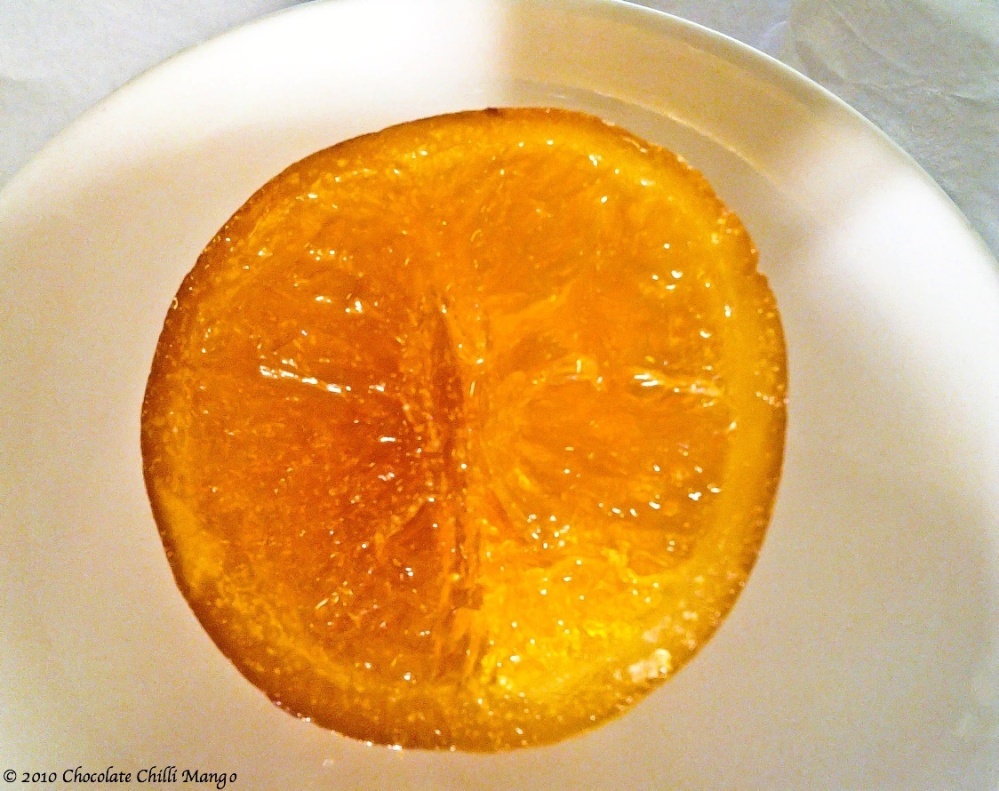 See?  We want to use that here, it’s intensely lovely.   These oranges are a small italian variety and each typically weighs about 200 grams or so.  You can find whole candied oranges at good Italian delis and specialty food shops (or should I say providores?) around Melbourne so it’s easy to get.  Dried sour cherries can sometimes be a bit of a challenge to track down but it’s getting easier.

It gets better.  This is just the first part to prepare the fruit.  We’ll be adding chocolate later.  Amarene, orange, liqueurs, and chocolate.  FESTIVE  🙂  It’s a very Christmassy combination.  It’s cherry season here in December. Oranges also have a long association with Christmas in Europe and chocolate … well, it’s chocolate.  ‘Nuff said.

Down to business.  You could prepare the fruit a day in advance of baking the panettone.   I like to let the fruit and liqueurs macerate for a week or two so that the fruit absorbs and intensifies the flavours of the liqueurs.  I highly recommend you try that.

This mix is also great as a basis for a fruitcake with a difference or even folded into your favourite ice cream or dessert.   It’s also good in a baked cheesecake.  It keeps well for ages in a sealed container in the fridge.

Method
Chop the sour cherries and the candied orange into small pieces.  The orange will be syrupy on the inside so make sure you keep all that goodness!
Place the chopped fruit into a bowl, with any oozing syrup from the orange.  Add the Grand Marnier and Kirschwasser to the fruit and mix well.

Place the fruit mixture into a jar or airtight container.  Store in a cool, dry place or in the refrigerator until ready to make the panettone.

It’s worth giving the jar a shake every other day during storage to make sure that the mixture absorbs the liqueurs evenly and well.

Clapping my hands in gleeful anticipation … watch this space for Part II with the recipe for the panettone over Christmas.